The Urban Institute just published an extensive study on the human trafficking industry in the U.S., covering multiple years and 8 cities who are known to have the most prevalent trafficked populations. Atlanta was one of the cities studied, and the findings are very telling of the strong connections between human trafficking and the immigrant populations in this city. 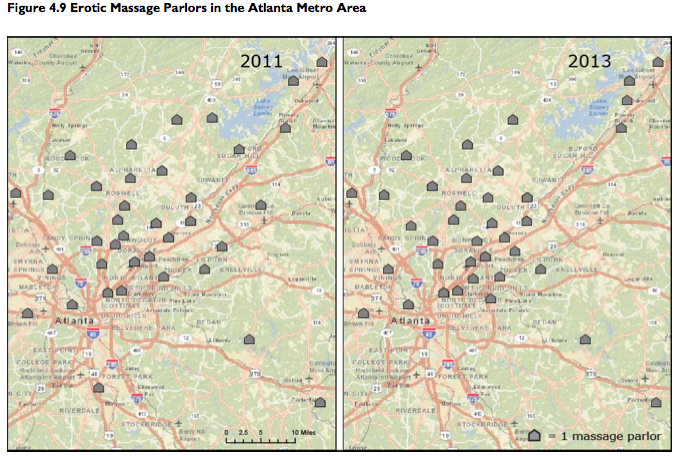 Traditional street prostitution, most well-known in the Fulton Industrial area, shows evidence of trafficked victims as well, though not primarily from any specific country or region.
These findings by the Urban Institute will help law enforcement and those who work with human trafficking victims to understand the patterns and dangers of this industry, and how close to home this problem really is. For the summary of the study, click HERE.
Kate McNeely2018-09-17T01:16:23+00:00