AS DIVERSE AS OUR CLIENTS

GAIN’s small yet mighty staff oversees the screening and placement of referred cases, and provides training and supervision to our volunteer attorneys. GAIN staff members also represent a minority of complex cases in-house, and serve as reliable sources of knowledge on asylum, human trafficking, and humanitarian-based immigration. 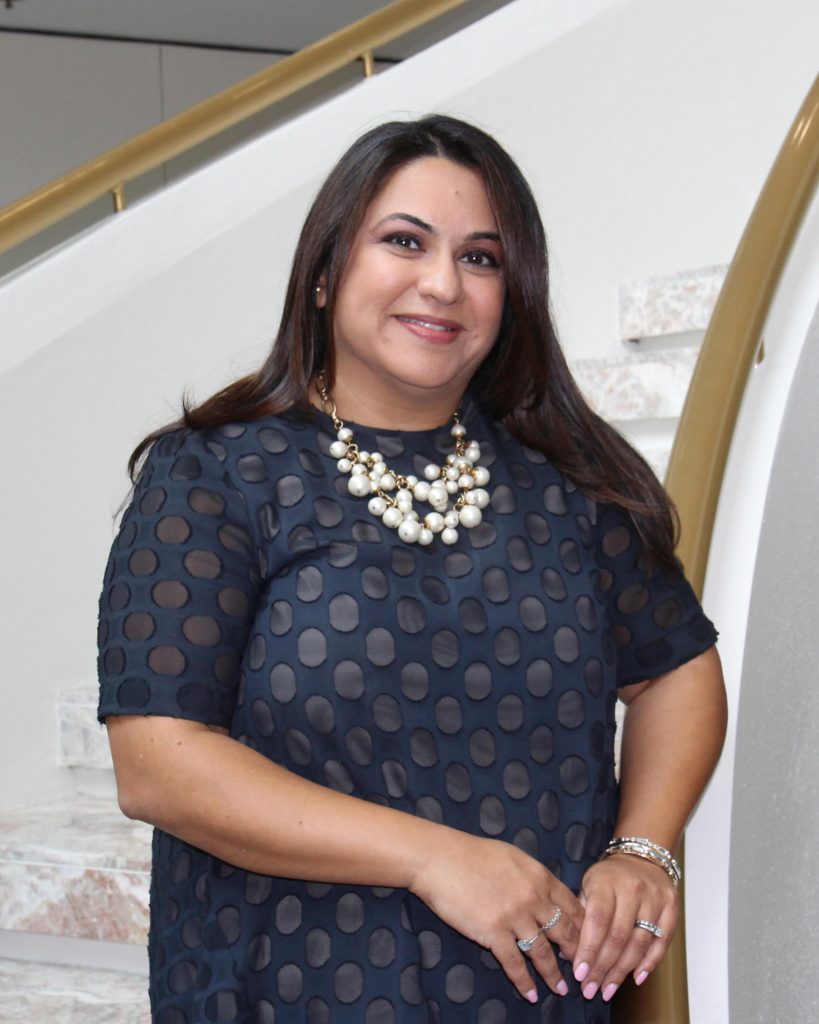 Monica Modi Khant is the Executive Director of GAIN. As Executive Director, Ms. Modi Khant oversees, supervises, trains and mentors pro bono attorneys who represent immigrant victims of violence and asylum seekers. Ms. Modi Khant also oversees fundraising initiatives, outreach efforts and community relations in addition to her legal duties.  She offers a unique perspective as an advocate for immigrant rights in the Southeast.  Ms. Modi Khant received her BA from Rutgers University in 1995 and her J.D. from New England School of Law in 1998. Upon graduation, she was the Detention Attorney at the American Friends Service Committee (AFSC) where she represented detained asylum seekers. In 2000, Ms. Modi Khant continued practicing immigration law with private immigration firms in Boston, MA. In 2005, Ms. Modi Khant was appointed as the Director of Legal Services at the International Institute of Boston (IIB). With this position, Ms. Modi Khant worked extensively with victims of abuse and trafficking. She has also trained lawyers, law enforcement and judges on how to work with immigrant victims of violence.  She currently serves on the Advisory Board of Raksha, a Georgia-based nonprofit organization for the South Asian community.  She is a graduate of Leadership Atlanta Class of 2015 and has served as Pro Bono Liaison of the Atlanta chapter of the America Immigration Lawyers Association (AILA).  Ms. Modi Khant is also an Adjunct Professor at Georgia State University and teaches Human Trafficking & Modern Day Slavery and in 2017, was named Atlanta Magazine’s “Women Making a Mark”. 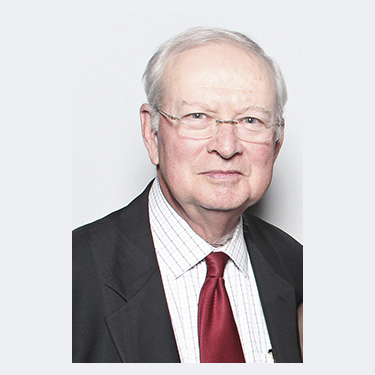 While working with GAIN, Mr. Hoffmann has successfully represented over 20 asylum seekers from Africa, the Middle East and Haiti, most of them in proceedings in Atlanta Immigration Court. Mr. Hoffmann’s has also served as independent amicus curiae for the Special Court for Sierra Leone, the International Criminal Tribunal for Rwanda and the International Criminal Tribunal for the Former Yugoslavia.

Before practicing law, Mr. Hoffmann was Assistant Professor of Philosophy at Ithaca College in Ithaca, NY. He holds undergraduate and law degrees from the College of William & Mary, and a Ph.D. in Philosophy from the University of Georgia. 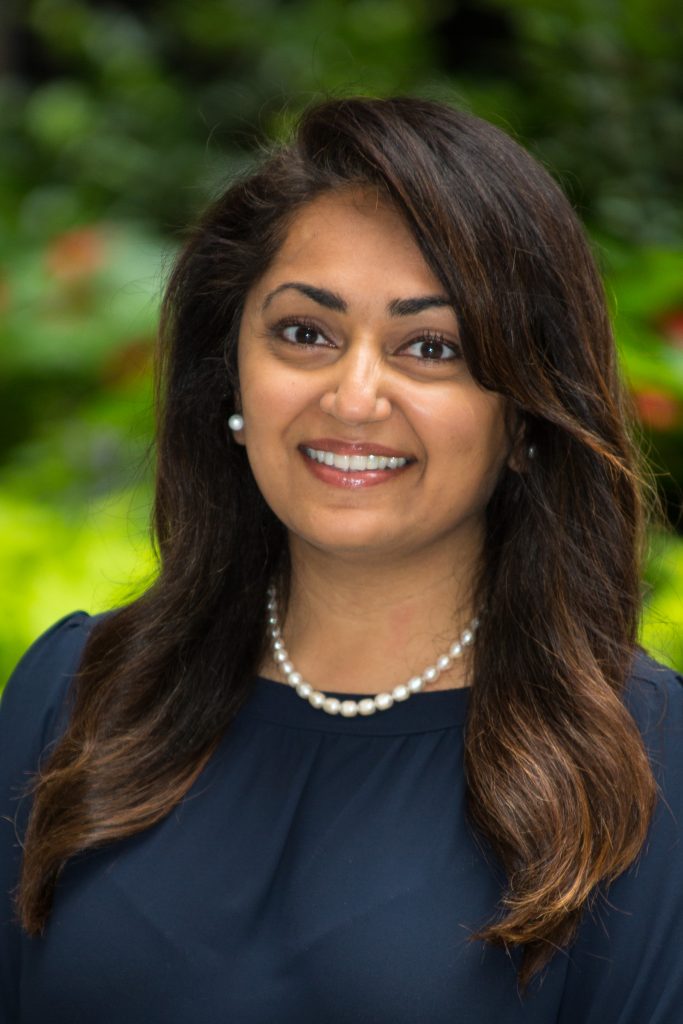 Alpa Amin is the Director of Legal Services at the Georgia Asylum and Immigration Network (GAIN). Ms. Amin began her work with GAIN in 2008 as a Law and Policy Assistant, and in 2009 with the support from Greenberg Traurig and King & Spalding, she was awarded an Equal Justice Works Fellowship to establish GAIN’s Victims of Violence Program. In her current position, Ms. Amin overseas the provision of pro bono legal services through GAIN’s Asylum and Victims of Violence Programs. She recruits, trains and mentors pro bono attorneys from the Atlanta legal community and provides direct representation to immigrant victims of human trafficking, domestic violence, and sexual assault who need assistance with filing T-visas, U-visas, VAWA Self-Petitions, and Battered Spouse Waivers. She works closely with federal, state, and local law enforcement and is a frequent guest speaker on issues affecting immigrant victims of crime. Ms. Amin is a 2018 graduate of the FBI Citizens Academy, Workgroup Chair of the Georgia Statewide Human Trafficking Task Force, a former Adjunct Professor of Immigration Law at Atlanta’s John Marshall Law School, and a graduate of the Leadership Buckhead Class of 2016. She has been recognized by Georgia Trend Magazine as one of Georgia’s Top 40 Under 40 and is the recipient of the Atlanta Bar Association’s 2018 Rita A. Sheffey Public Interest Award. Ms. Amin is a graduate of Virginia Tech University and Atlanta’s John Marshall Law School.

Kate McNeely serves as the Director of Development at Georgia Asylum & Immigration Network (GAIN). In this role, she administers fundraising initiatives and works alongside the Board of Directors to guide strategies which enable GAIN to help more clients with quality immigration legal services. Ms. McNeely joined the GAIN staff in 2018 with 10+ years experience in nonprofit fundraising, administration, and marketing. She most recently served Planned Parenthood Southeast (2015-2018) and Woodruff Arts Center (2005-2015). Ms. McNeely serves on the Board of Directors for the Association of Fundraising Professionals, Greater Atlanta Chapter. She received her B.A. from Guilford College and was born and raised in Buckhannon, WV. Kate volunteers to help other nonprofit organizations whenever she is able, and is grateful for GAIN’s volunteer attorneys who dedicate their time and talent to ensure GAIN’s vision of safety, freedom, and opportunity for all. 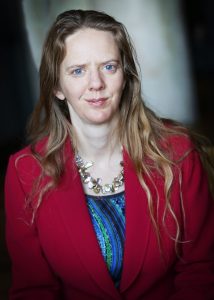 Rachel Effron Sharma is GAIN’s Supervising Attorney. She has been in private practice focusing exclusively on immigration and nationality law since 2003, and has been practicing in Georgia since 2005. She has represented asylum seekers from all over the world as well as victims of crime and abuse and those immigrating through family and business sponsorship. Ms. Effron Sharma received her Bachelor of Arts degree from State University of New York at Binghamton in 1998. She earned her Juris Doctor degree from Ohio State University Law School in 2003 and was recognized as a public service fellow for her volunteer work in the community. Ms. Effron Sharma is a member of the American Immigration Lawyers’ Association and has presented at numerous training sessions for attorneys for the Atlanta Bar Association and the local chapter of the American Immigration Lawyers’ Association. She has served on the AILA national asylum and refugee committee since 2018. She has served as committee chair to the asylum office and litigation unit for a number of years. She previously served as co-chairperson on the GAIN Board of Directors, and has also volunteered for Refugee Family Services in Stone Mountain, Georgia and Capital Area Immigration Rights (CAIR) Coalition in Washington DC. She has lobbied Congress for immigration reform and participated in volunteer activities including national citizenship day and Scott’s Memorial Run to benefit Catholic Charities immigrant children project. Ms. Effron Sharma is currently a member in good standing of the State Bar of Georgia, the Atlanta Bar Association, the Superior Court of Fulton County, the District Court for the Northern District of Georgia, the District Court for the District of New Jersey, the Fourth Circuit Court of Appeals, and the Ninth Circuit Court of Appeals. She also has regularly practiced before the Executive Office for Immigration Review, including immigration courts nationwide and the Board of Immigration Appeals. 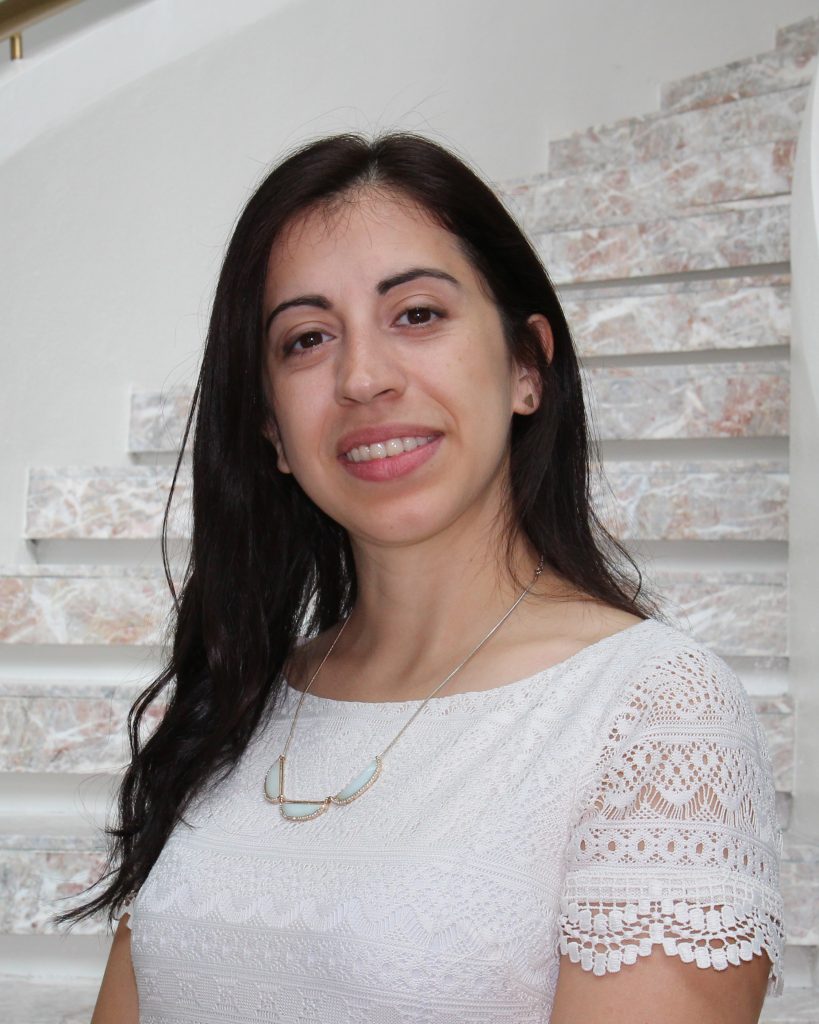 Karla Diaz is the Victims of Violence Attorney at the Georgia Asylum and Immigration Network (GAIN). In this role, she provides representation both directly and by recruiting and training volunteer attorneys to represent immigrant victims of domestic violence, human trafficking, and physical/sexual assault who need assistance with filing T-Visas, U-Visas, and VAWA Self-Petitions/Battered Spouse Waivers. Additionally, Karla conducts and participates in community outreach programs aimed at informing partner organizations and the community of GAIN’s services.

Karla received her B.S. in Criminal Justice and her J.D. from Georgia State University. Karla began working at GAIN as a legal extern in the Summer of 2017 and transitioned into the Victims of Violence Attorney role after receiving her J.D. in December 2017. 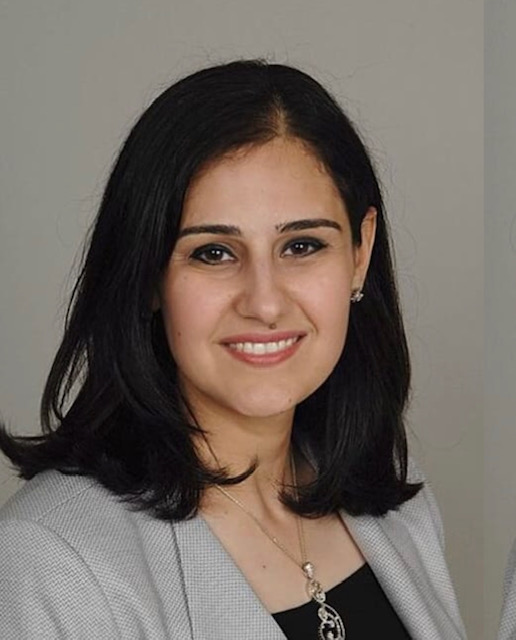 Serene Hawasli Kashlan is the Asylum Attorney at GAIN, representing asylum-seekers affirmatively before U.S. Customs and Immigration Services (USCIS) and defensively before the Executive Office for Immigration Review (EOIR). In addition to direct representation, Serene mentors and provides training and support to volunteer attorneys representing GAIN clients seeking asylum. Serene graduated from Georgia State University with a Bachelors in Political Science, concentration in International Affairs, and a minor in Sociology.  Serene earned her law degree from Georgia State University College of Law, where she established the Muslim Law Student Association. After law school, Serene worked at an estate planning firm in Troy, Michigan. Serene also volunteered with various pro bono organizations including FLAP (Family Law Assistance Project) and MIRC (Michigan Immigrant Rights Center), providing pro bono services to Syrian nationals seeking Temporary Protective Status (TPS), visa extensions, and asylum. Prior to returning to Atlanta and joining GAIN, Serene practiced as a solo practitioner and as an independent contractor to a Detroit-based immigration law firm, representing clients in the areas of immigration law, family law, and estate planning. Serene is licensed in both Michigan and Georgia. 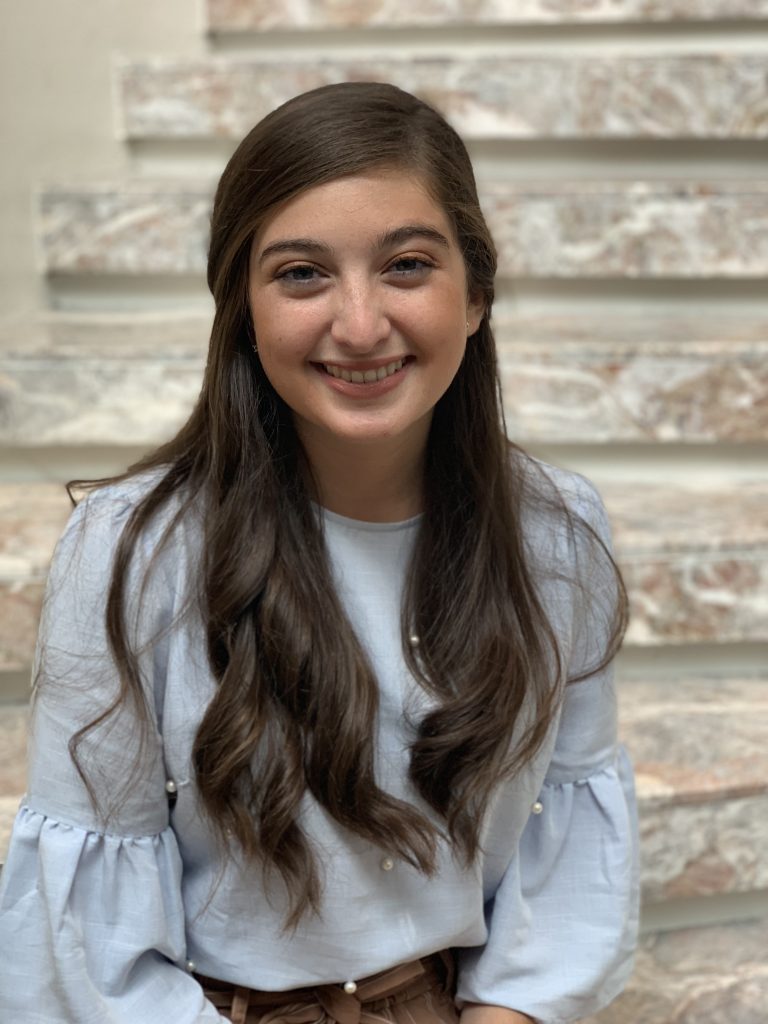 Priscila Barravecchia is a Paralegal at GAIN. Priscila graduated with an M.A. in Latin American Studies and a B.A. in International Studies from the University of Florida. Throughout both her undergraduate and graduate careers, she dedicated her studies to different issues pertaining to immigration and Latinos.  Her most current research engaged with current debates on immigration and racial attitudes, while focusing on notions of legality and their impact on immigrant rights. Specifically, she examined the experiences of Latino H-2A workers. In past research she collaborated with her university to conduct a study on DACA students across the university. Priscila is interested in pursuing a career in the legal field. 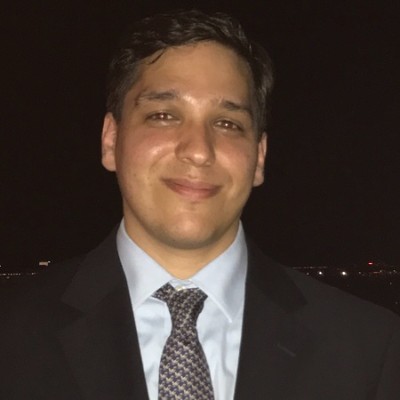 Manuel Lleras is a Paralegal at GAIN. Manuel graduated with an M.A. in International Affairs from Marquette University, and a B.A. in History from Saint Mary’s College of Maryland. He’s an experience Paralegal with a demonstrated history of working in the individual and family services industry. In the last few years he has worked on immigrant and human rights organizations, such as the Organization of American States, Glasswing International, Catholic Charities Atlanta, and the Central American Resource Center in Washington DC. Manuel is interested in public policy and would like to get involved with the Foreign Service in the future.

Abby Nape is the Victims of Crime Navigator at GAIN. In this position, Abby connects GAIN clients with various resources and organizations in the community in order to meet their non-legal needs. These resources include counseling, medical care, English classes, emergency shelters, food pantries, and other personal needs. GAIN’s legal services provided within the Victims of Violence and Asylum Programs, paired with the critical work Abby does in connecting these clients to social service agencies is at the heart of GAIN’s client-centered, survivor based approach to serving our immigrant clients who have been victims of crime in Georgia. 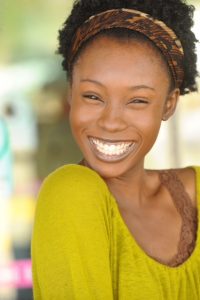 Adewunmi R. Oke is the Development and Communications Associate at Georgia Asylum & Immigration Network. In this role, she supports the GAIN team through fundraising, special events, and donor relations. She also executes tactics and strategies in marketing communications and outreach in service of GAIN’s clients.

Ms. Oke was part of the 2019 Association for Fundraising Professionals (AFP) Diversity Fellowship Program, which pairs emerging development professionals with mentors. She is a member of the AFP Greater Atlanta Chapter, and a recipient of AFP’s Young Professional Bridge Scholarship. She has over ten years experience working and volunteering in the arts, education, and non-profit sectors. She earned her M.F.A. in Dramaturgy from the University of Massachusetts Amherst and her B.A. in Theatre from the University of Southern Mississippi. 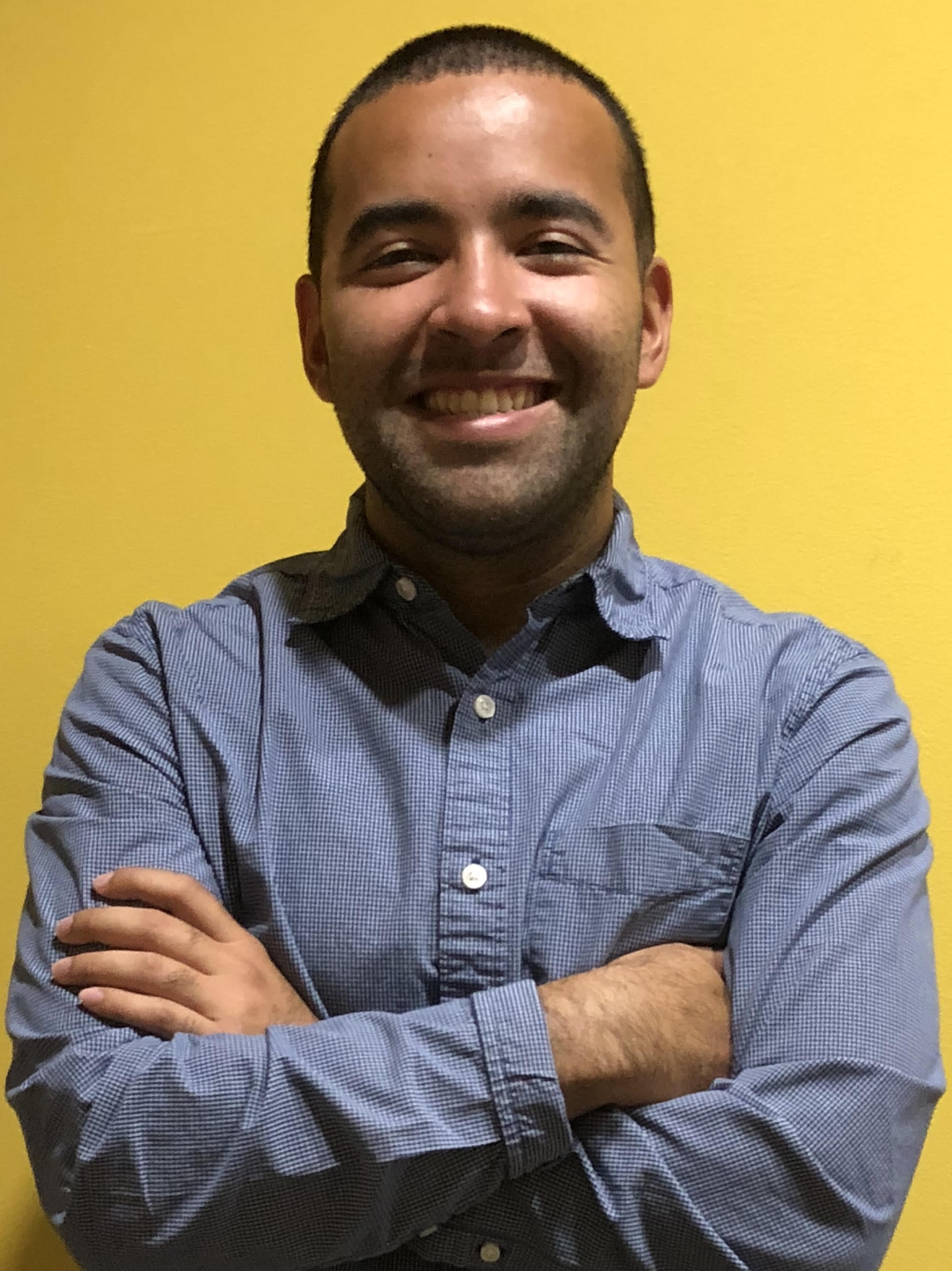 Raunel Urquiza is the Legal Navigator at GAIN. In this role he coordinates with other team members to make sure that clients can access resources as well as connecting them with other non-legal needs. His interest in immigrant rights began in his hometown in Chicago, Illinois as an intern with Arise Chicago. He graduated from Dominican University, River Forest with a Bachelors of Arts in Political Science. He is interested in coalition building and the arts. You can always find him drinking a cup of coffee or accompanying our clients.